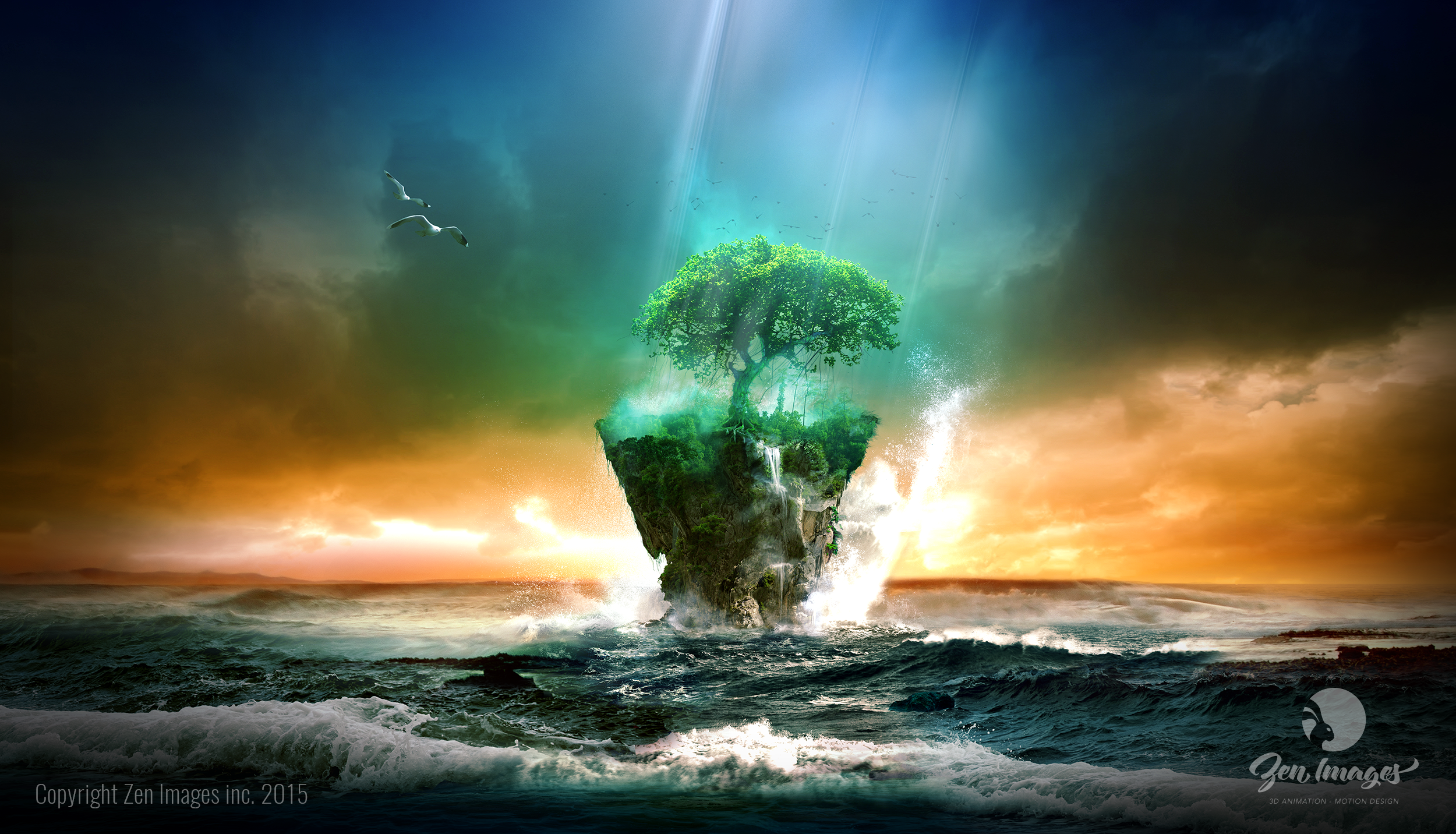 We had the pleasure of working with François Jolin at EonSounds on Undaunted, a piece intended for a music album created by talented composers.

The contract was a challenge in and of itself as we had to visually express the grandeur of the musical works composed by several well-known musicians. Undaunted contains 23 tracks for film trailers. This image reflects power, perseverance and courage. It suggests that only nature is able to resist climate change.

SOURCES USED FOR THIS DIGITAL EDITING